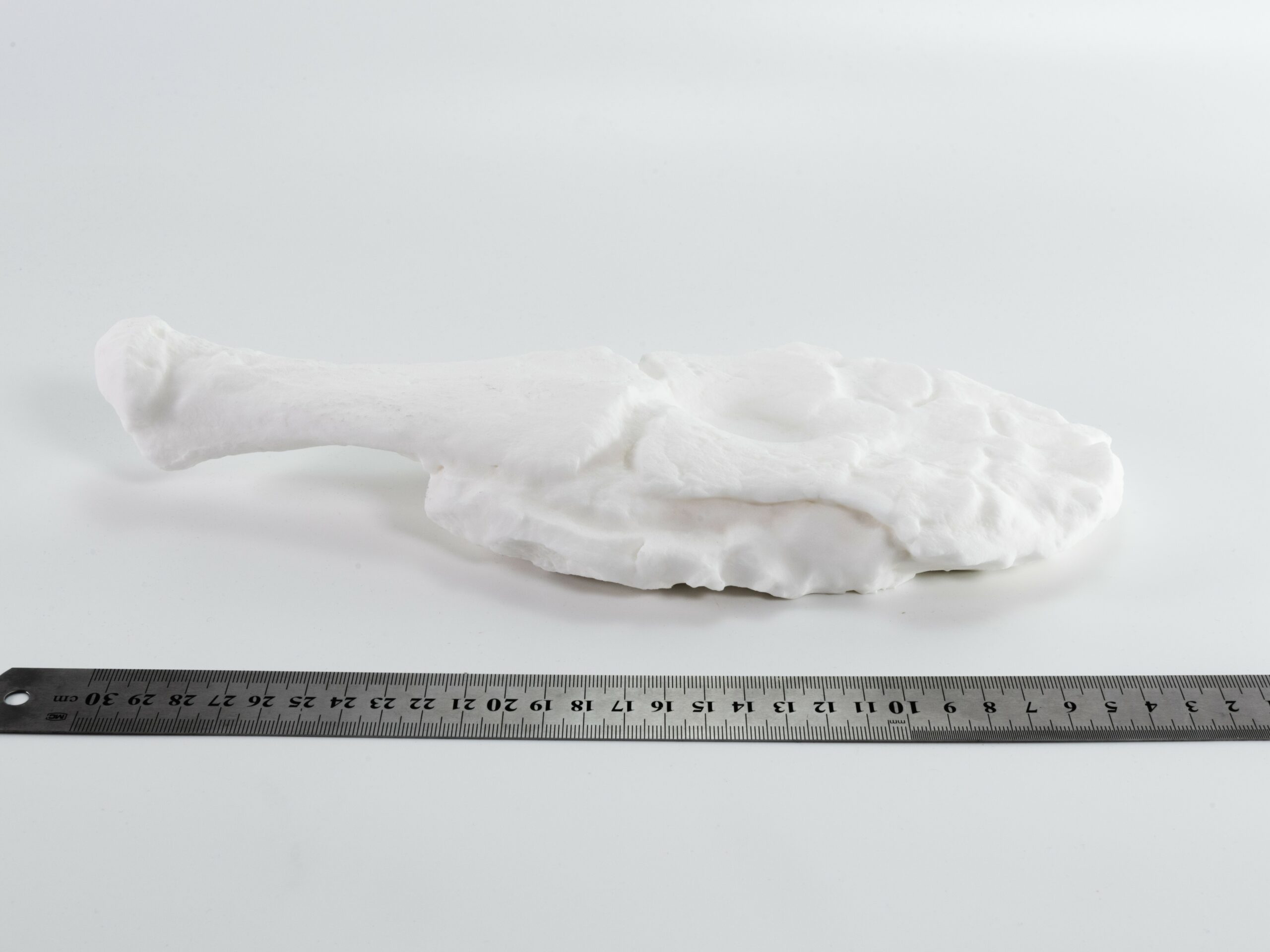 Print based on the 3D-scan of a Plesiosaur flipper fossil. Plesiosaurs lived around 180 million years ago in the Toarcian Ocean which used to partially cover the territory of Luxembourg. The fossil belongs to the National Museum of Natural History of Luxembourg’s paleontological collection and was scanned as part of the museum’s digitalization efforts. The 3D-print was later hand-coloured and is now used in a unit of the museum’s educational department. 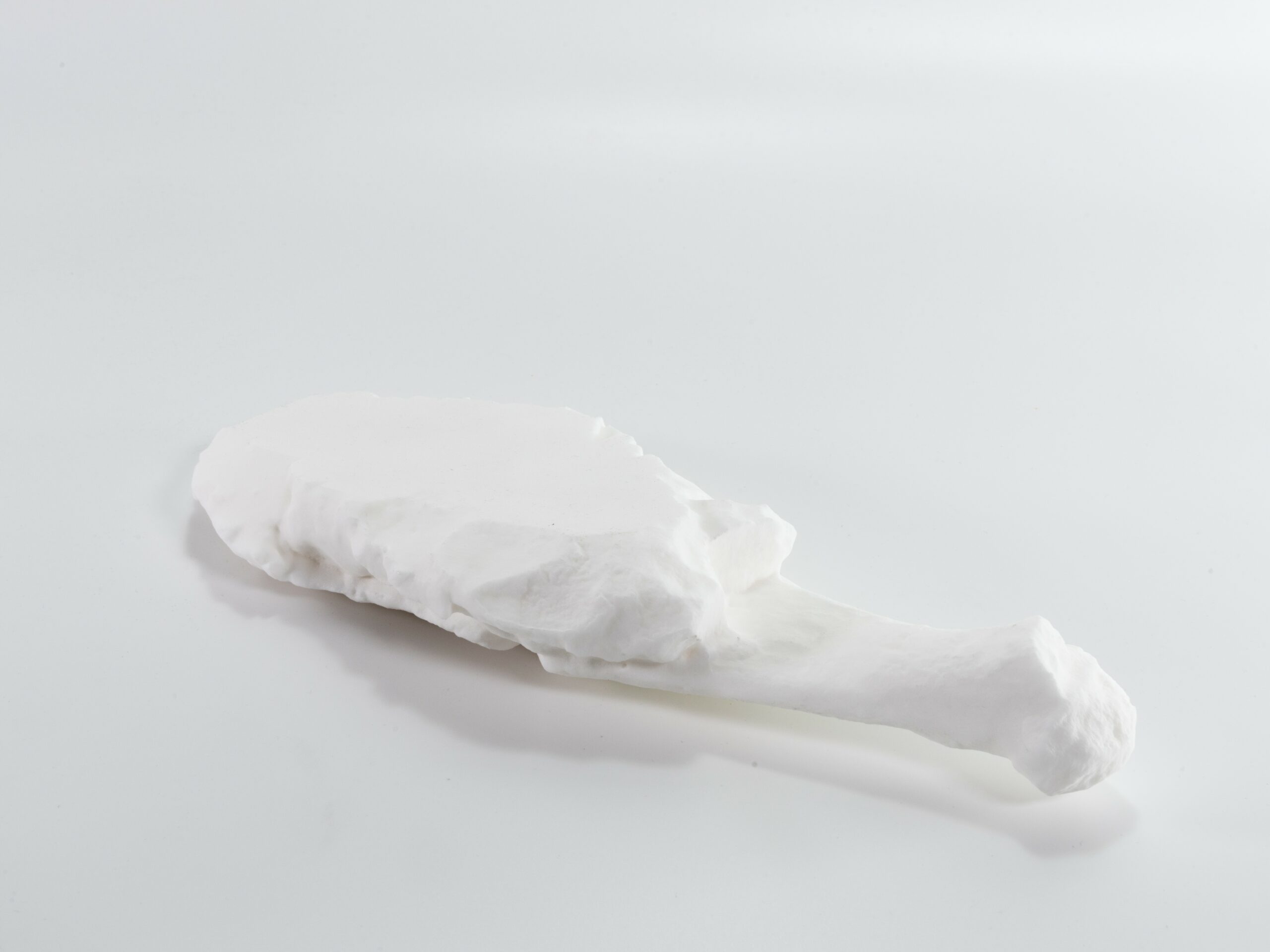